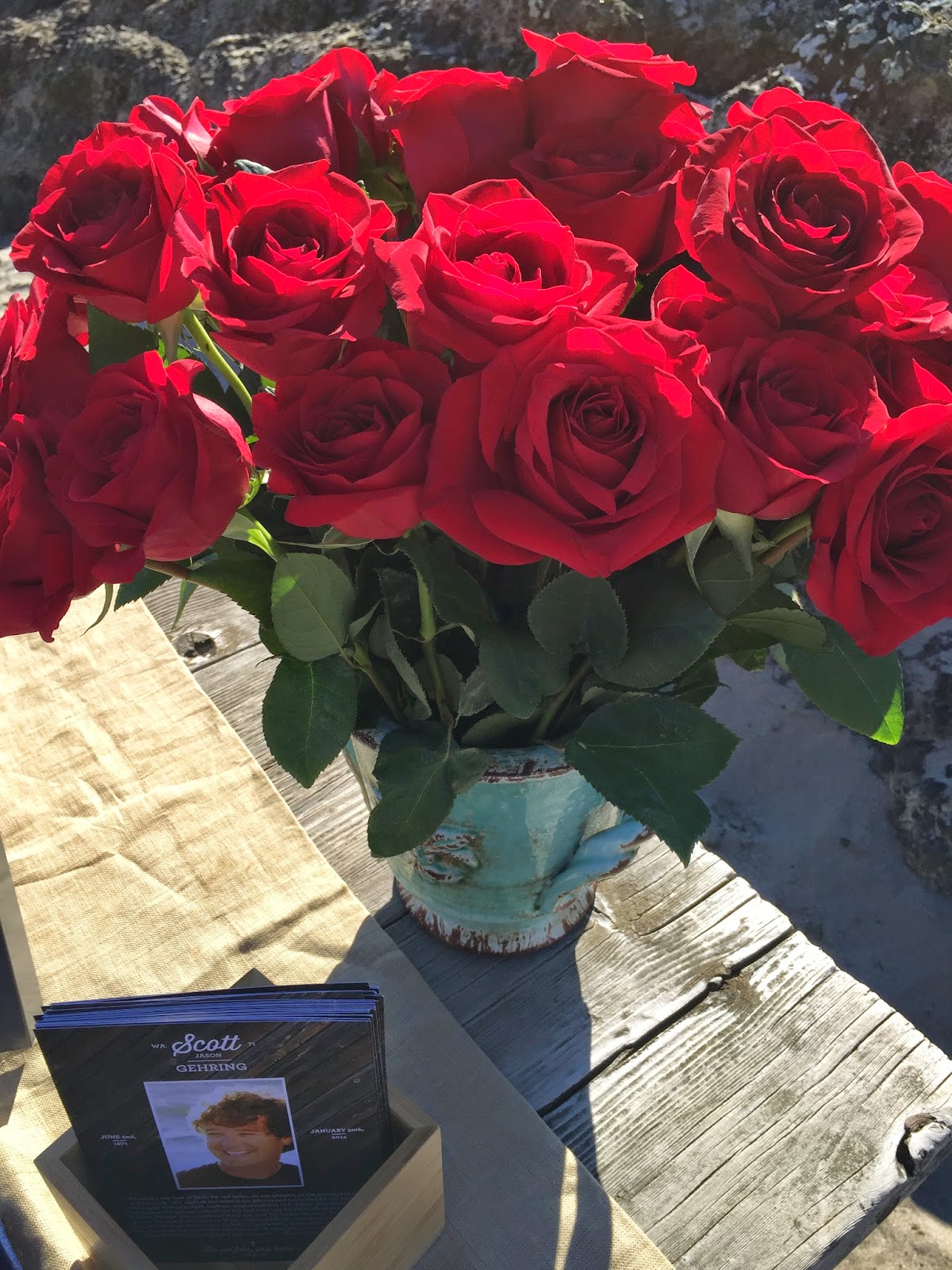 This weekend I went to Hood River to help scatter my friend Scott's ashes in the Columbia River where he loved to windsurf. It was the second of three ceremonies we will do to honor Scott. The first one was an intimate gathering at his favorite surf spot on the Oregon Coast earlier this year. 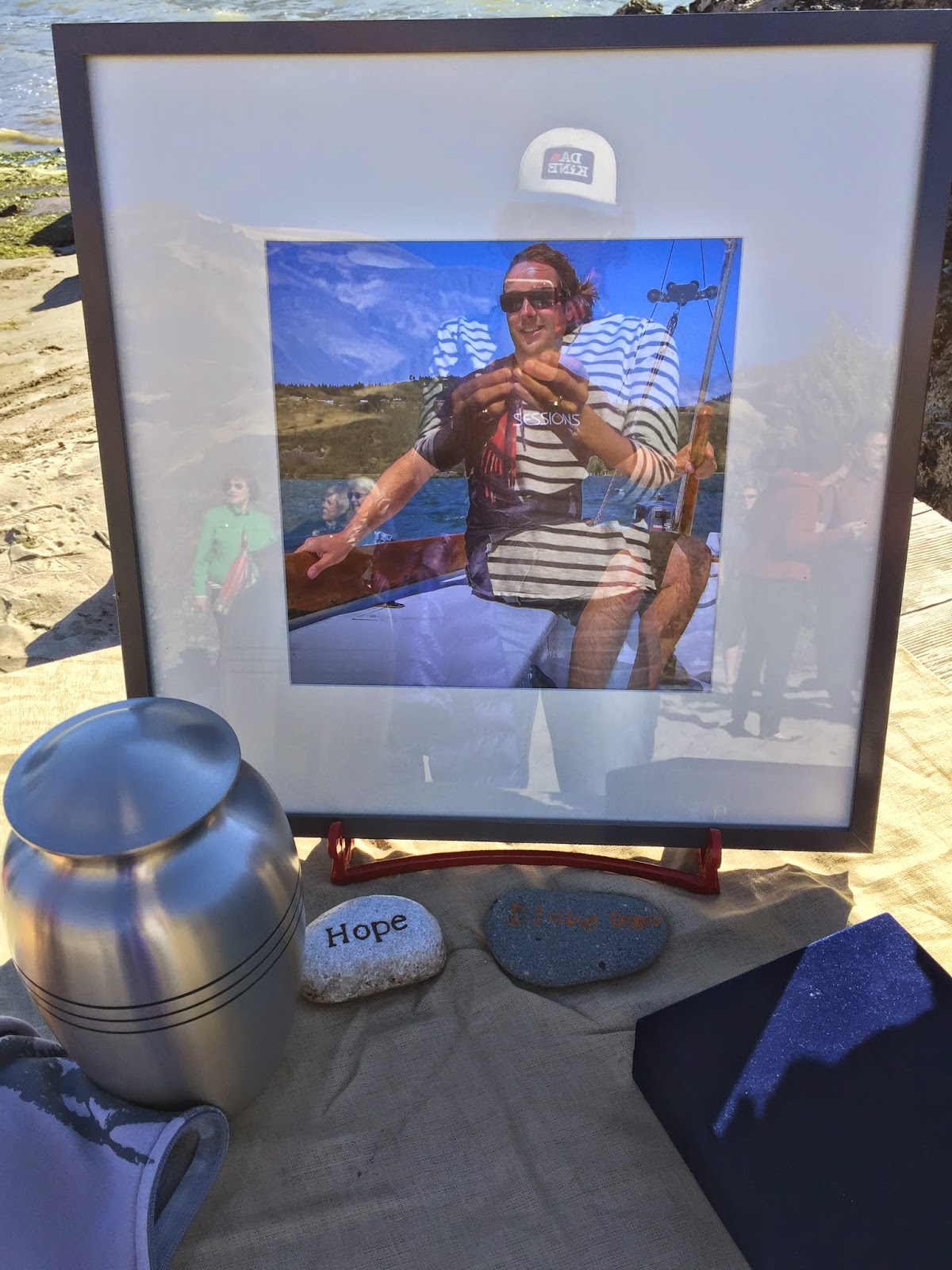 It was an emotional and beautiful weekend, filled with stories, tears, laughs and lots of good friends. That is one of the things that keeps hitting me about Scott - he had  A LOT of friends. The way he lived his life impacted a lot of people. He made an impression with his dry wit, his athleticism, his strong work ethic and the twinkle in his baby blue eyes.
On Saturday afternoon, his community came out to the shores of the mighty Columbia River, to his favorite windsurfing spot, to honor a friend, a dad, a husband, a co-worker and a darn good windsurfer. 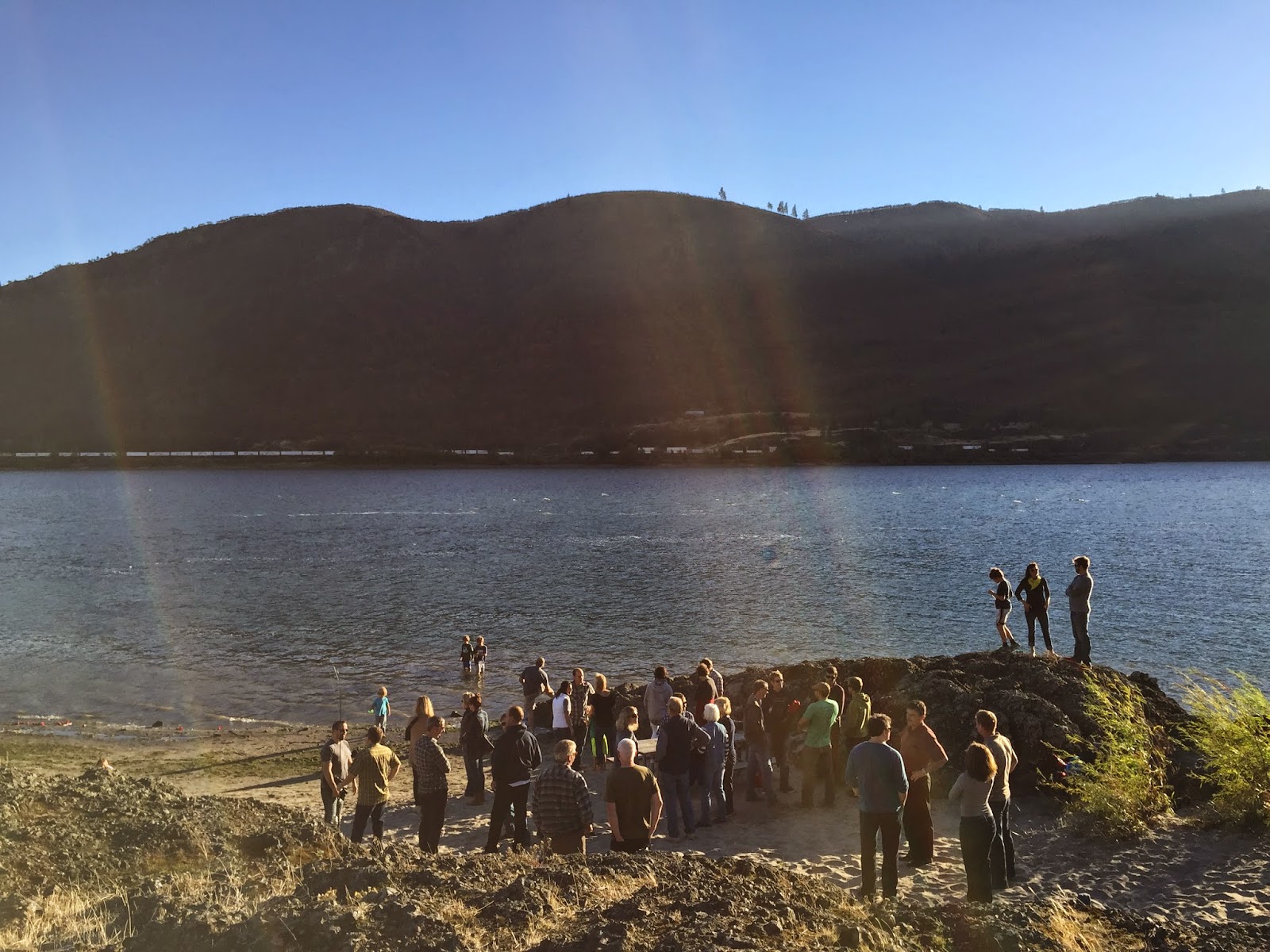 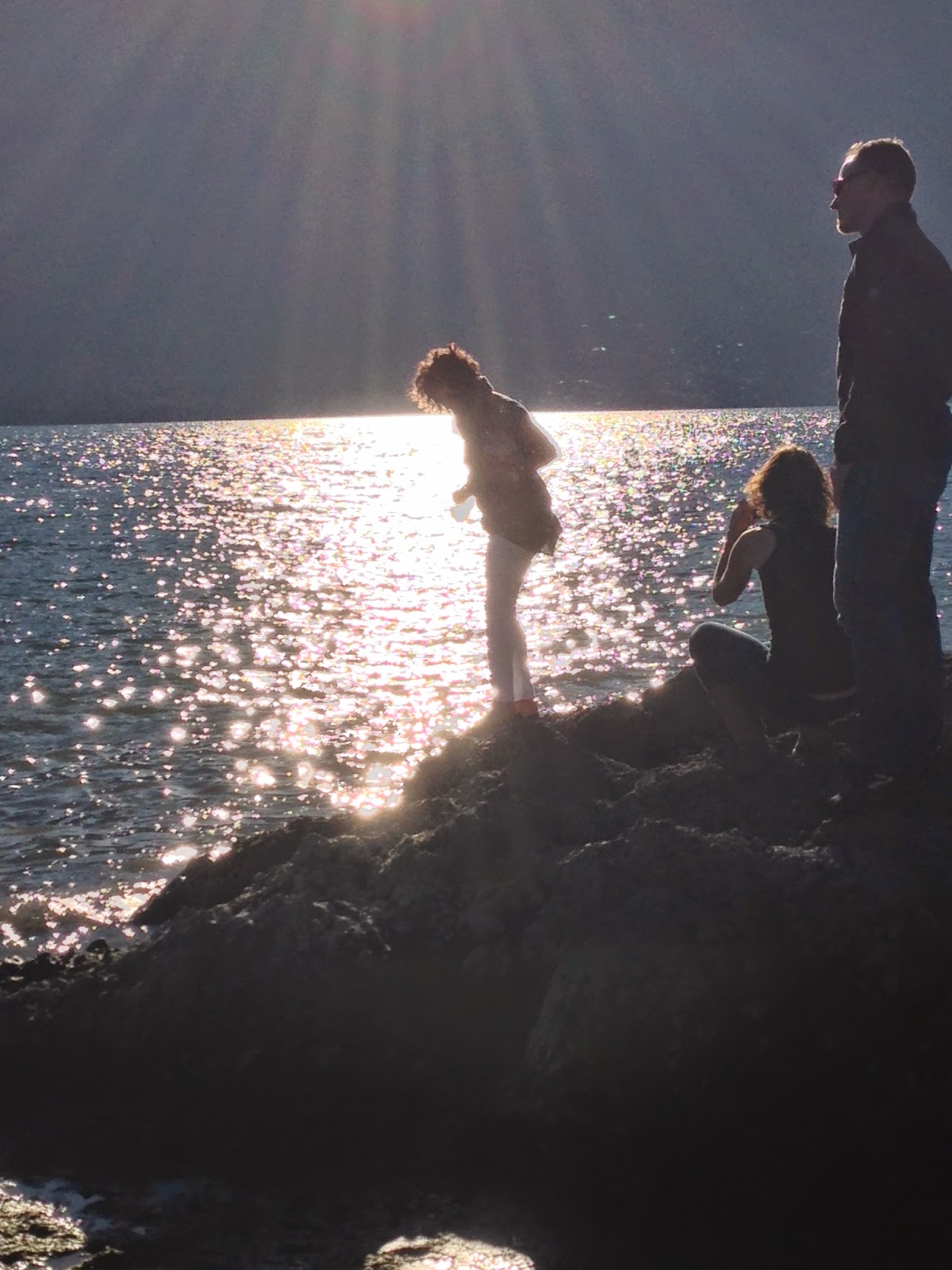 One of Scott's friends sailed his windsurfer, as Heather and his son Zane looked on from the shore. I know Scott was smiling down on that! 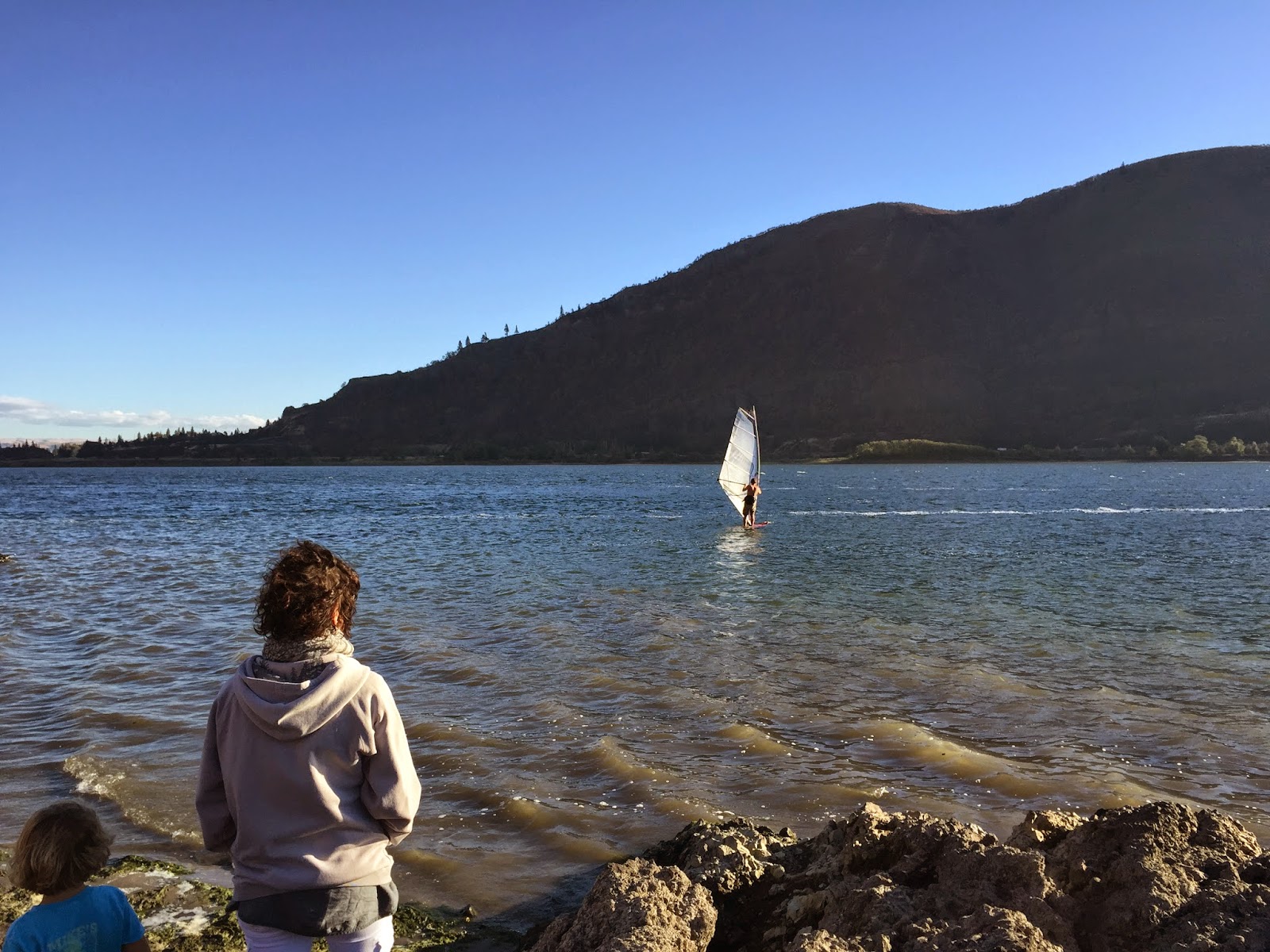 Everyone wrote a message to Scott on a river rock and threw it into the river along with a red rose, symbolizing love. 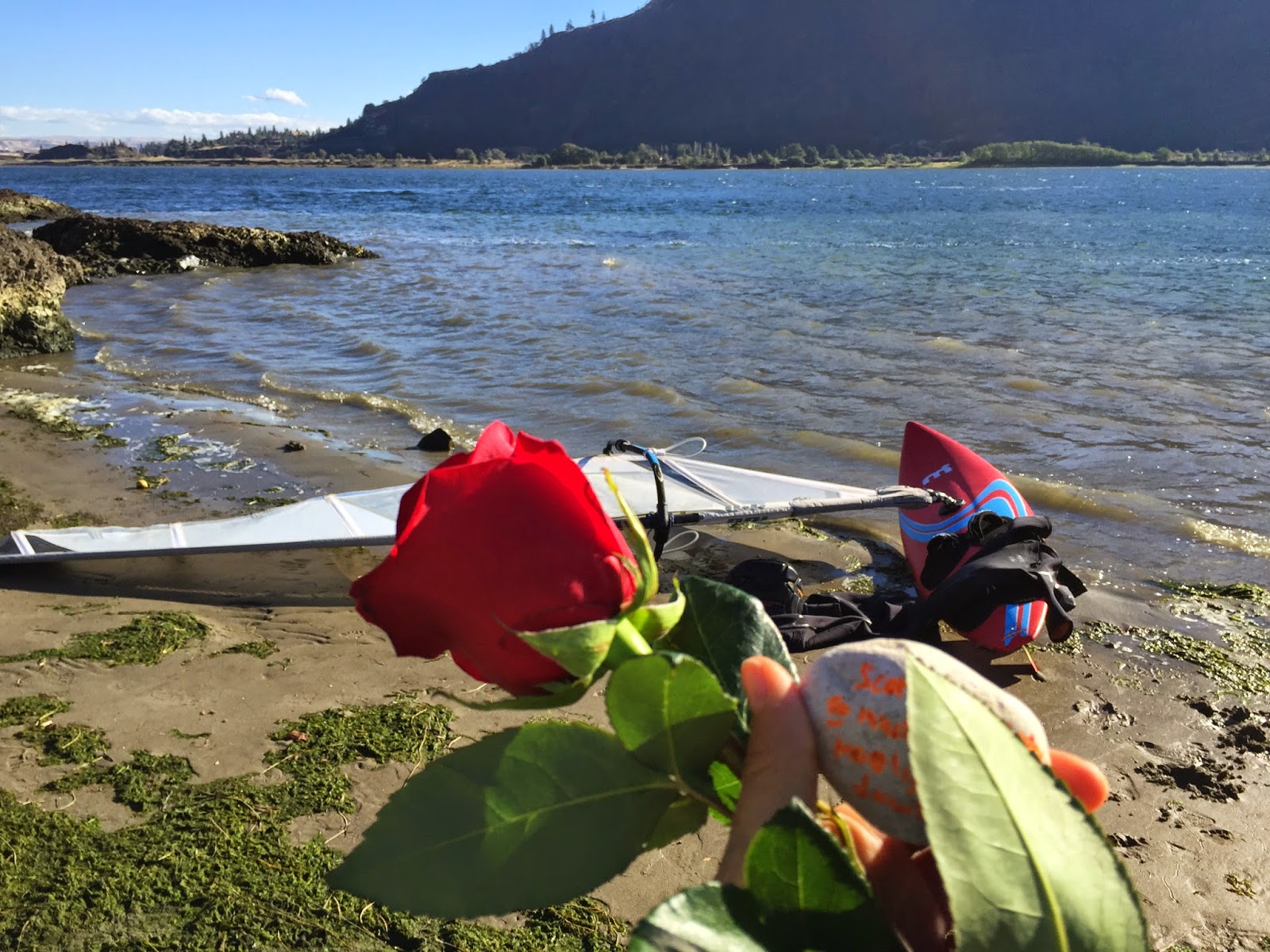 This winter we will scatter Scott's ashes on Crystal Mountain, his winter playground. And we will once again say goodbye to an amazing guy. Until we meet again.
Posted by Amy Hermes Anderson (AHA) at 2:35 PM