The Language of Tulips

According to The Meaning of Flowers - Myth, Language and Lore, "Flowers call to us. They speak a language we almost hear." I couldn't agree more. I have always loved flowers and I have written about them many times. I always have fresh flowers in my house, in as many rooms as possible. They comfort me, uplift my, speak to me. 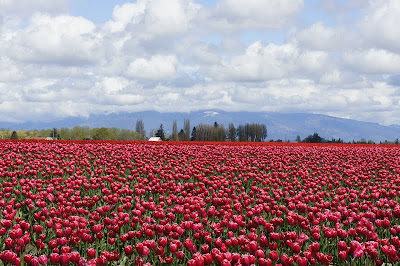 As anyone who has visited the Skagit Valley Tulip Festival can attest, the impact of the colorful fields in full bloom is almost incomprehensible. Beauty abounds and the fields seem to extend to the horizon, making for a breathtaking experience. 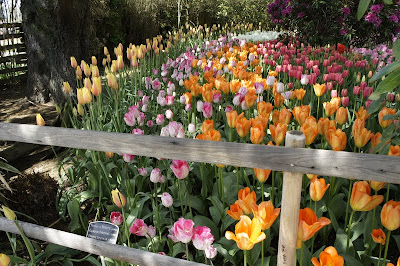 In addition to their sheer beauty, I was curious about the history and meaning of tulips, and I thought you might be too. So I looked it up in The Meaning of Flowers.
Wild tulips are native to Persia - also known as Iran - (who knew? didn't you think they were from Holland?!), and first came to be known in Europe in the late 1500's, when a traveler, astonished by the tulips he had seen in a secret garden in Constantinople, brought some home to Holland. (ah, there we go!). The tulip was an instant sensation and became so popular that the bulbs fetched huge prices. Speculation continued until the market collapsed, plunging the country's whole economy into The Tulip Depression from 1634 to 1637. Could you imagine a tulip depression? How sad. 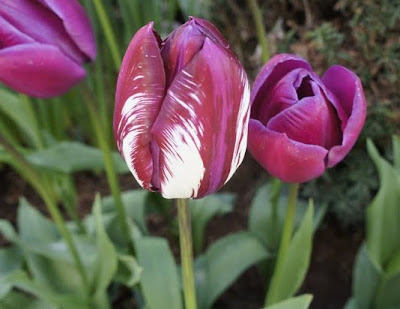 The word tulip is derived from the Turkish word for turban (tulbent), so-called because of the shape of its bloom. I can definitely see that. 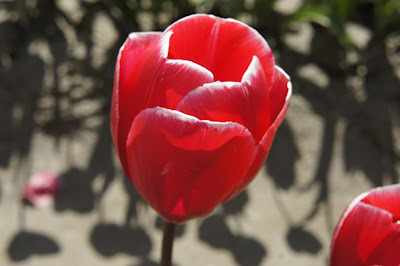 In Persia, to give a red tulip was to declare your love. 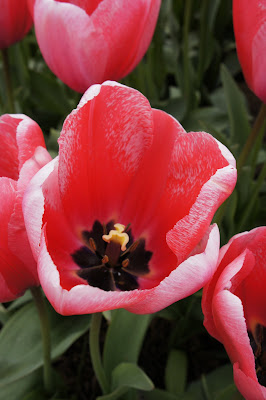 The black center of the red tulip was said to represent
the lover's heart, burned to a coal by a lover's passion. 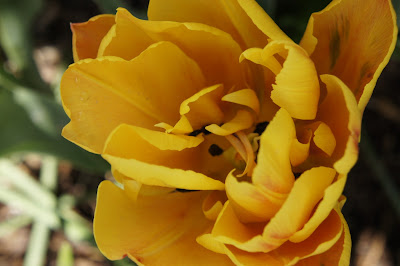 And, to give a yellow tulip was to declare your
love hopelessly and utterly.

Do tulips speak to you? What do they say? Even if you don't hear their voice, I'm sure they bring a smile to your face!

By the way, The Meaning of Flowers - Myth, Language and Lore is a great Mother's Day gift idea, along with a bouquet of fresh flowers, of course!
Posted by Amy Hermes Anderson (AHA) at 12:35 PM